On »ACHRONIE« Kutin applies digitally or electronically generated and complex noise-material with purist analogies – such as the timbre of a hurdy-gurdy, classic percussions or the human voice. In this way, the allegedly old rubs against the allegedly new and thereby might find something new within the old. Melodic or harmonic structures are usually only hinted at or kept minimal and ghostly; it is the timbre-painting, the arrangements and the collages which characterise this work.
The term achronie was coined by the German sociologist Elisabeth Lenk (among others). According to her, achronie describes an interlocking of epochs in which the walls of different times get so close together that they become permeable.

released December 13, 2020 via VENTIL-RECORDS
all compositions arranged, produced and mixed by Peter Kutin
additional vocals by Agnes Hvizdalek (5,6)
Adornos synthetic voice was created by kutin|kindlinger for their radioplay »Le Parleur« (2019)
mastered by Nik Hummer at minusgroundzero
all photographs by Stefan Neuberger 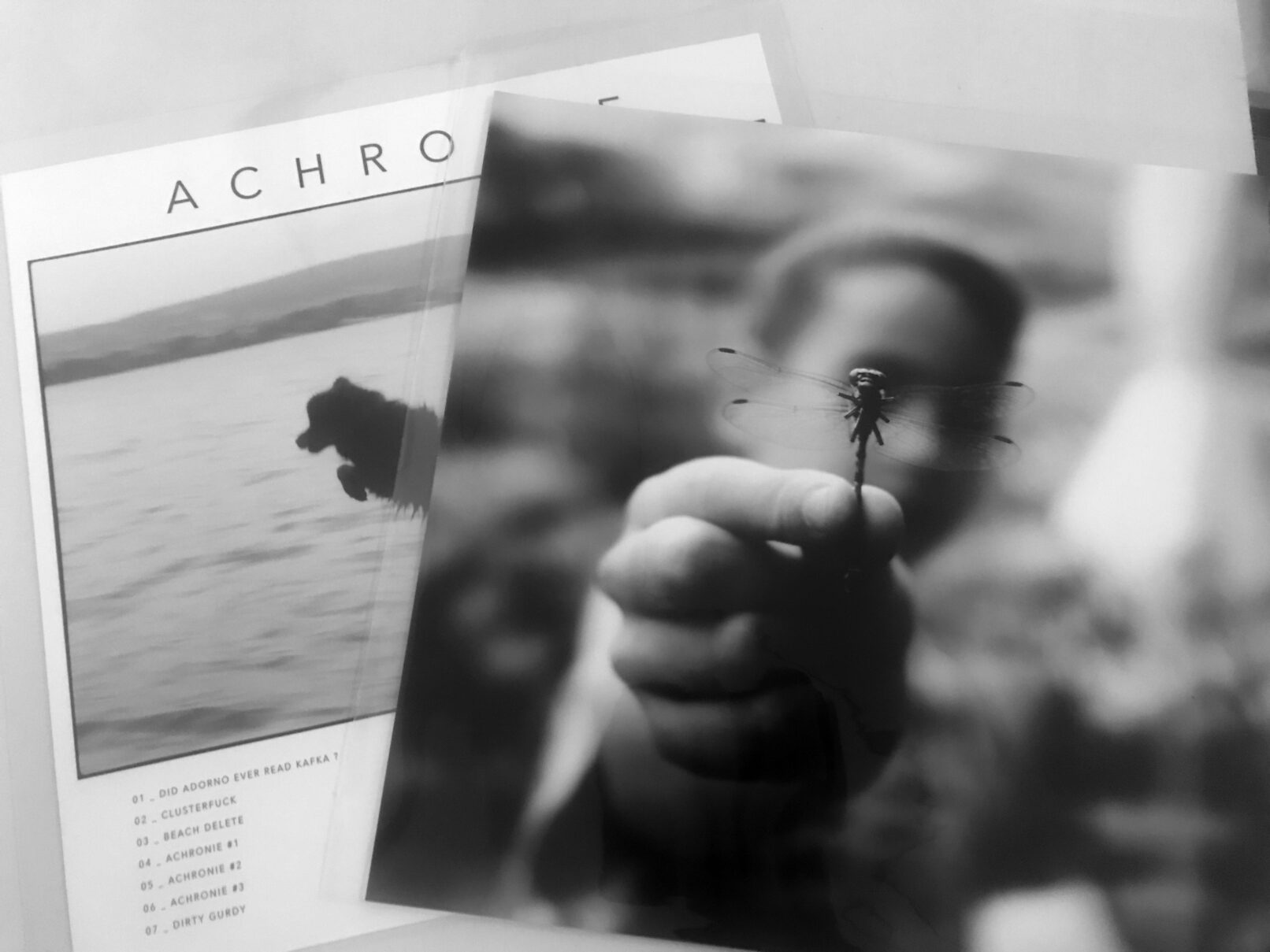 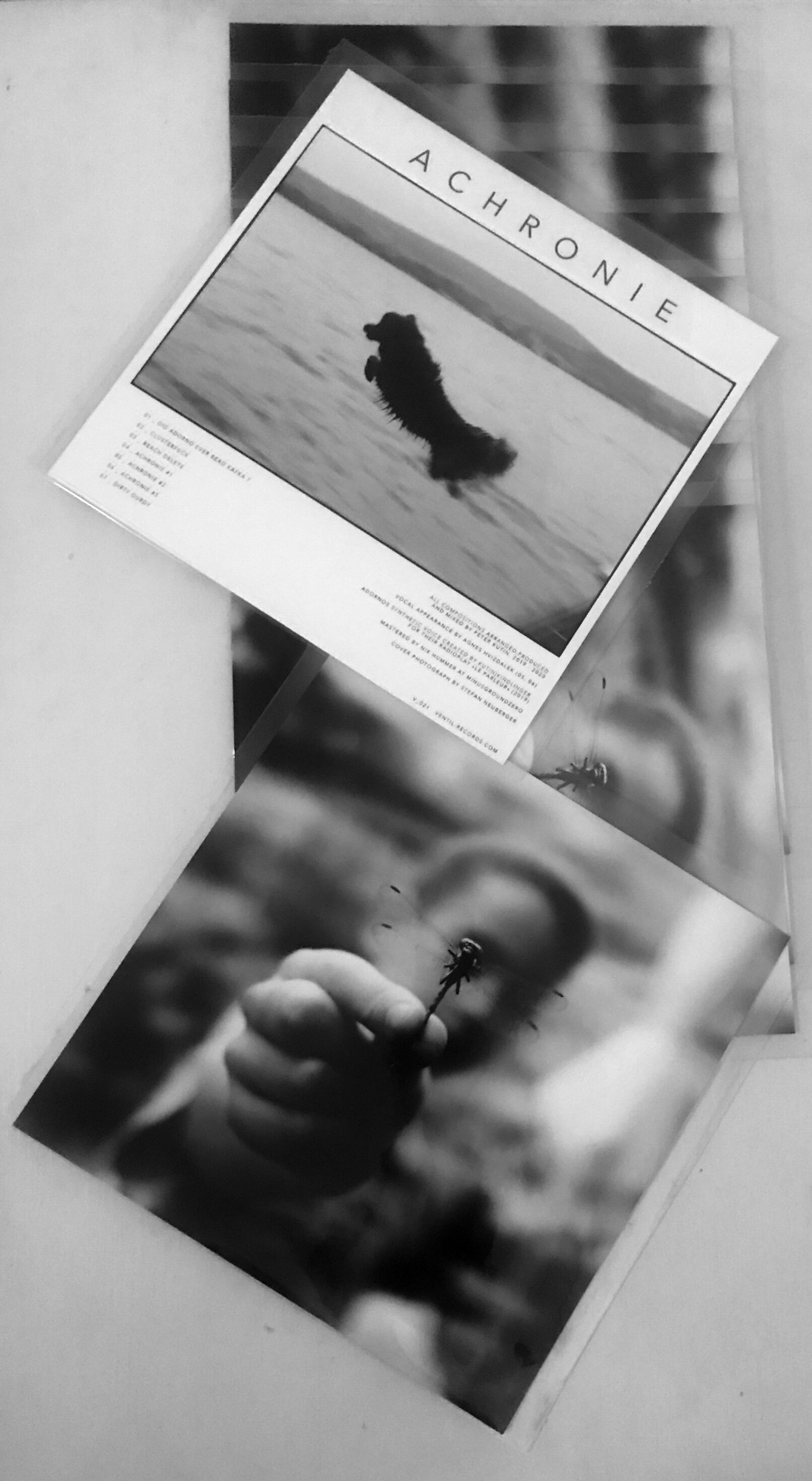